Then and now: Viewing the transatlantic slave trade over forty years 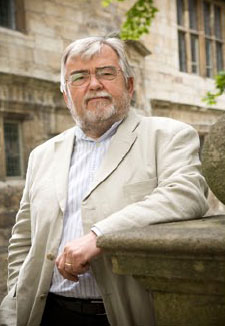 The History, Archaeology and New Genetics of the Transatlantic Slave Trade

This lecture will provide a timely assessment of global scholarship and public engagement in how we study and represent the Transatlantic slave trade. It will explain how our understanding of it has undergone a remarkable change over the last forty years in response to political and cultural transformations in Western society.

Now most scholars, museum practitioners, and media producers believe that slavery is a central phenomenon that has radically transformed the history of three continents. Yet then, in the middle of the twentieth century, slavery was seen to be an interesting topic, but one that was of marginal importance. Why did this happen? How has slavery become embedded in public consciousness? What are the different ways these changing meanings have been mapped across America, Africa, Europe, and Caribbean? What role does slavery play in commemorations taking place across the globe in museums and galleries, and in the popular media of print, the web, radio, television and the movies?

James Walvin has published more than 40 books, most of them about slavery and the slave trade. In addition to the University of York, where he is an Emeritus Professor of History, James has also taught and held many prestigious fellowships in the USA, Australia and the Caribbean. Among his notable books are The Zong: A Massacre, the Laws, and the End of Slavery ( Yale University Press, 2010) and The Trader the Owner, the Slave, (Random House, 2008). His book Black Ivory, Slavery in the British Empire, (the Random House 2001 edition) has become the  standard work in the field.

James has worked extensively in the public realm, as Exhibition Advisor to the first slave trade wing at the Liverpool Maritime Museum, now established as the International Slavery Museum. Further, in 2007, he  was the Historical Curator for the Parliamentary Exhibition on the abolition of the slave trade in Westminster Hall, and for Birmingham Museum and Art Gallery’s innovative Equiano Exhibition.

James Walvin is well-known as a public communicator having performed 89 public lectures in 2007 to mark the bicentenary of the abolition of the transatlantic slave trade, with numerous appearances on television and radio programmes, including the BBC Two special presented by Moira Stuart called In Search of Wilberforce; Michael Buerk’s Radio 4 series, Trade Routes; and the challenging show for Radio 3 called The Legacies of Abolitiion.

Admission: Free and open to all, no ticket required.

This is a EUROTAST Training Network event, developed in collaboration with its research partners at the University of York. For more information about the network and its research activities, please visit the website: www.eurotast.eu .