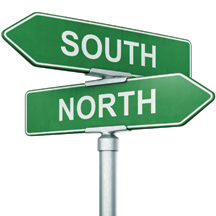 The North-South divide is one of England’s most powerful and enduring myths: one country geographically, politically, and culturally separated into beautiful South and grim North. In this talk, Tim Doran (Professor of Health Policy at the University of York) demonstrates that a real divide in health not only exists between North and South, but that it has continued to widen under successive governments and is now at its widest for over 40 years, with almost 40,000 premature deaths in the north every year.

Explanations for this apparent northern catastrophe will be explored, including geology, climate, lifestyle, culture, healthcare, politics and economics. It will be argued that the primary causes are social and economic, and that having reached this nadir in the relatively favourable economic and political climate of the early 2000s, future prospects for the North look grim. However, exceptions to the narrative of northern disadvantage will be also discussed, and some hope for recovery in the North will be offered.