This year's Festival sees a varied range of concerts presented by the National Centre for Early Music and York Concerts.

The National Centre for Early Music present a range of inspiring concerts in the wonderful surroundings of St Margaret's Church on Walmgate.

The York Concerts series offers the broadest musical selection in the region, from early to contemporary and from solo recitals to orchestras and music theatre. Our performers include internationally-known musicians as well as the University's own outstanding ensembles and choirs.

The composers of the two sacred works in this programme are famous for their operatic work.

Charm, wit and great talents as both a vocalist and piano player

Flamenco jazz from on of the world's great guitarists

The Chimera Ensemble: Within Cage Without Cage

Chimera presents its own, suitably offbeat, homage to the composer John Cage.

The annual Sir Jack Lyons Concert showcases some of the best student performances of the year.

Celebrate the music of Bolivia

Join us as we bring the excitement of the Brazilian Carnival to York!

The Number 26 Bus to Paraguay

The band is joined by saxophonist Julian Argüelles and drummer Martin France for a programme of jazz from Brazil.

The band is joined by saxophonist Julian Argüelles and drummer Martin France for a programme of jazz from Brazil. 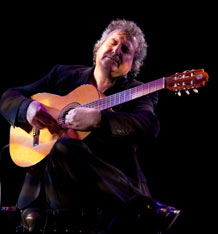 The National Centre for Early Music is based in a medieval church in York.

Home of the internationally acclaimed York Early Music Festival, the NCEM promotes a year-round series of jazz, world, folk and early music concerts as well as a thriving education programme.