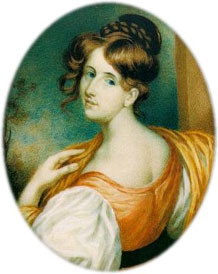 Four literary experts - Wendy Moore, Heidi Thomas, Bharat Tandon and John Bowen - will each stand as an advocate for one of four classic novels written by women: Cranford, Emma, Belinda and Jane Eyre. Following their debate, the audience will be asked to vote on which novel they think has the most long-lasting legacy.

Bharat Tandon was born in Dagenham and educated at Cambridge; after teaching at Cambridge from 1995 to 2006, and at Oxford from 2006 to 2011, he is now a Lecturer in the School of Literature, Drama, and Creative Writing at the University of East Anglia. He is an expert on nineteenth-century writing - especially Jane Austen, as witnessed by his book Jane Austen and the Morality of Conversation (Anthem Press, 2003), and his recent annotated edition of Emma (Harvard University Press, 2012). In addition, he has an abiding interest in twentieth-century and contemporary fiction, about which he has been writing for publications such as The Times Literary Supplement for nearly twenty years; he was one of the judges for the 2012 Man Booker Prize for Fiction.

Heidi Thomas is an English screenwriter and playwright whose works include Upstairs, Downstairs, Call the Midwife and Cranford. She has been nominated for several BAFTA awards and in 2008 received the Writers' Guild of Great Britain award for Best TV Series for Cranford.

Wendy Moore is a journalist and author of three books. Her first book, The Knife Man won the Medical Journalists' Association Consumer Book Award in 2005. Her second book, Wedlock, was a Channel 4 TV Book Club selection and a Sunday Times number one bestseller. Her new book, How to Create the Perfect Wife, has just been published in the UK and US.

John Bowen is Professor of Nineteenth-Century Literature at the University of York. He joined the English Department in 2005 from Keele University, where he was Professor of Modern English Literature. He read English at Trinity Hall, Cambridge and then took an MA and PhD at the Centre for Contemporary Cultural Studies, University of Birmingham. His main research area is nineteenth-century fiction, in particular the work of Charles Dickens, but he has also written on modern poetry and fiction, as well as essays on literary theory.

North and South: The legacy of Elizabeth Gaskell 29 June 2013

Seeking perfection: The quest for an ideal woman 29 June 2013