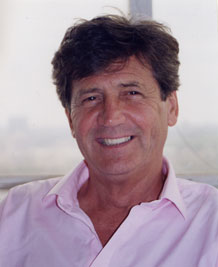 Join the writer and TV presenter Melvyn Bragg as he talks about his new novel, Grace and Mary. In the novel, John visits his ageing mother Mary in her nursing home by the sea, and mourns the slow fading of her mind. Hoping to shore up her memory, he prompts her with songs, photographs and questions about the 1940s, when she was a young woman and he a child in a small Cumbrian town.

But he finds that most of all it is her own mother she longs for - Grace, the mother she barely knew. John sets out to recreate their buried family history, delving into the secrets and silences of Mary's fractured childhood as he imagines the life of her spirited mother.

Reaching from the late 19th century to the present, this becomes a deeply moving, reflective elegy on three generations linked by a chain of love, loss, and courage.

Melvyn Bragg was born in Wigton, Cumbria, and educated there and at Wadham College, Oxford.

His broadcasting career began at the BBC in 1961 and soon afterwards he published his first novel. He worked on the arts programme Monitor with Huw Wheldon in the mid-1960s; during this time he began writing novels, set mostly in his native Cumbria. He collaborated with Ken Russell and wrote the 1970 film about Tchaikovsky, The Music Lovers. He also worked as a co-writer on Norman Jewison’s film of Tim Rice and Andrew Lloyd Webber’s Jesus Christ Superstar (1973).

In 1977 Melvyn Bragg started LWT’s long-running arts programme The South Bank Show. The programme was de-commissioned in 2010, when Bragg took the format across to Sky Arts: ‘The South Bank Show lives again’, he said at the time. In the meantime Melvyn Bragg has expanded his range, presenting arts and science programmes and marshalling discussion shows on BBC Radio (on In Our Time), and writing bestselling books about history and the development of the English language, as well as continuing to write award-winning novels.

He is an Honorary Fellow of the Royal Society and of The British Academy.

In conversation: The voices of servants 28 June 2013

Who's on top? Flipping the map in contemporary fiction 28 June 2013

Grim Tales: How literature has demonised the north of England 27 June 2013