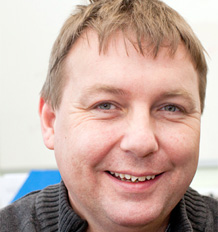 The North/South divide opened up again in the 1980s. Throughout the 1990s we knew the divide was growing. In the 2000s policies planned to narrow economic and social fortunes were not enough to stop the gulf growing even greater, but all that appears of only historical interest as compared to events since May 2010. This lecture tells a story of where we have come from and offers several suggestions as to where we may be going in Britain as Scotland prepares to decide whether to stay and as the geographical divides between us in England and Wales deepen.

Danny Dorling is a professor at the University of Sheffield. He went to various schools in Oxford and to University in Newcastle upon Tyne. He has worked in Newcastle, Bristol, Leeds and New Zealand. In September he will be moving to work in Oxford. With a group of colleagues he helped create the website www.worldmapper.org which shows who has most and least in the world.

Much of Danny’s work is available open access (see www.dannydorling.org). His work concerns issues of housing, health, employment, education and poverty. His recent books include, co-authored texts The Atlas of the Real World: Mapping the way we live and Bankrupt Britain: an atlas of social change.

Recent sole authored books include, Injustice: why social inequalities persist in 2010; So you think you know about Britain and Fair Play, both in 2011; in 2012 The No-nonsense guide to equality, The Visualization of Social Spatial Structure and The Population of the UK; and in 2013 Unequal Health, The 32 Stops and Population Ten Billion.

The global challenge for Britain and British business 14 June 2013