Churchill, The Empire and the Sultan’s Jihad
Lawrence James, Historian 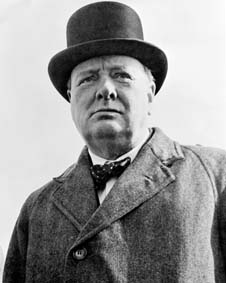 For most of the nineteenth century, Islam was in retreat. Muslim lands in the Middle East, Central Asian and Africa were engrossed in the British, Russian, French and Italian empires. In 1914, these nations began a scramble for the last Islamic power, the Ottoman Empire. Egged on by Germany, the Sultan Mehmed VI struck back: as Caliph he called on all Muslims to unite and expel the intruders in a jihad.

Churchill, who had fought Islamic jihadists on the North-West Frontier, and in the Sudan, understood the power of Muslim fervour and was the impulse behind a massive demonstration of imperial supremacy: a campaign to force the Dardanelle Straits, seize Constantinople and topple the Sultan. He believed that only such a coup de theatre would convince the Islamic world that imperial power was permanent and invincible. Britain’s allies agreed.

What followed was a holy war, a signal reverse for the Allies and the eventual division of the Ottoman Empire. Again, Churchill was closely involved. The First World War began the War of the Ottoman succession, which is still being waged in the Middle East.

Lawrence James amongst the first students at the University of York and subsequently undertook a research degree at Merton College, Oxford. After fourteen years in teaching, he became a full-time writer in 1985. He has specialised in modern imperial history, and his books in print include the controversial The Golden Warrior: The Life and Legend of Lawrence of Arabia, Raj: The Making and Unmaking of British India, and, most recently, Churchill and Empire: Portrait of an Imperialist. He is currently writing Empires in the Sun: The European Powers and Africa 1830-1970. Reviewing the Churchill book in the Spectator, Philip Hensher described him as ‘the doyen of empire historians’.

He has appeared in British, American, and Russian documentaries, and BBC News programmes, and has written reviews and historical and political pieces for the Times, Daily Telegraph, Daily Mail, and the Independent. He presently reviews for the Times.