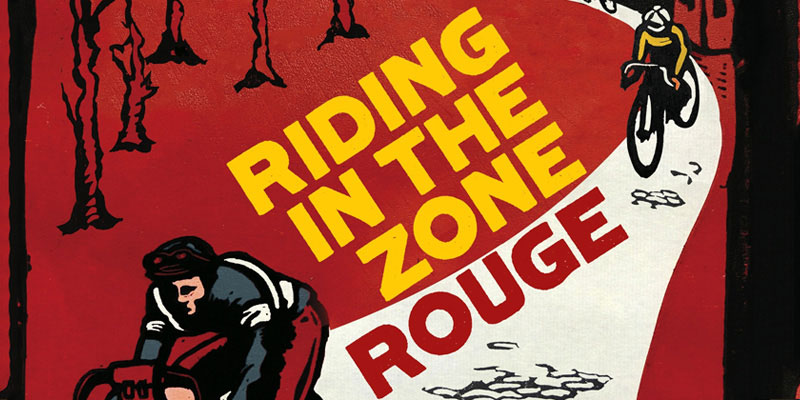 Riding in the Zone Rouge: The Tour of the Battlefields 1919 Tom Isitt

The Circuit des Champs de Bataille - Tour of the Battlefields - bicycle race was held in 1919,
less than six months after the end of the First World War. It covered 2,000 kilometres and
was raced in appalling conditions across the battlefields of the Western Front, otherwise
known as the ‘Zone Rouge’.

The race was so tough that only 21 riders finished and it was never staged again.
With one of the most demanding routes ever to feature in a bicycle race, and plagued by
appalling weather conditions, the Circuit des Champs de Bataille was beyond gruelling. Many of the riders came to the event straight from the army and had to ride 18-hour stages through sleet and snow across the battlefields on which they had fought.

Join Tom Isitt, author of Riding in the Zone Rouge: The Tour of the Battlefields 1919 – Cycling’s Toughest-Ever Stage Race, to learn more about this epic tale of human endurance, suffering and triumph over extreme adversity.

Tom Isitt is a photo journalist specialising in cycling, boating, adventure-sports and travel, and the author of Riding in the Zone Rouge: The Tour of the Battlefields 1919 – Cycling’s Toughest-Ever Stage Race. He has been Editor of various sporting magazines, including Motorcycle International, GreyBike, Sports Boat & RIB, Jet Skier & PW, Waterski Illustrated, and Motor Boat & Yachting. He has written freelance for GQ, Cycle World, and a host of motorcycle and boating magazines around the world.
During his writing of Riding in the Zone Rouge. Tom rode the race route. He broke three ribs on his first attempt, so had to do the route in two stages, and experienced both snow and temperatures in excess of 30 °C.