Future Cities: How will we live next? 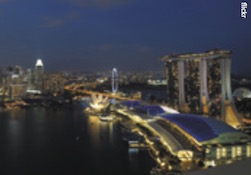 What might your city look like in 2065? Imagining the city of the future has long been an inspiration for many architects, artists, and designers. Through drawings, graphic novels, maps and films, urban futures have been depicted in many ways - from tranquil green utopias and great domed constructions to vast, interconnected mega-structures and machines. Although many of these visions for future cities were never built and remained imaginary or the backdrop for a fictional narrative, this does not mean they are unworthy of attention. Their importance extends in other ways through their questioning of reality, reshaping our spatial conceptions or providing expressions of alternatives. The UK was one of the first modern societies to urbanise and subsequently de-urbanise. Cities, once perceived as a problem, are now recognised as the heart of the country's social, cultural and economic life, and home to the vast majority of the UK's population of 62 million people. As we look ahead to the next 50 years, the future of the UK will be shaped by its cities. In this talk Nick Dunn will explore what some of the emerging technologies and lifestyles may mean for our cities and us.

Professor Nick Dunn is Professor of Urban Design at Lancaster University. His recent work for the UK Government Office for Science, A Visual History of the Future, and projects such as the EPSRC-funded Liveable Cities contributes to the wider national and global discourse surrounding the current characteristics and potential future scenarios of the urban landscape in a range of contexts.

Event Registration Online for Future Cities: How will we live next? powered by Eventbrite