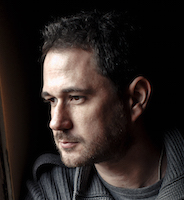 In the year 1800 the atmosphere remained a mystery. There was no scientific explanation for storms, winds, rain or clouds. For most these were the work and whim of God. Weather was providential, divine, capricious: beyond the realm of science.

Yet just sixty years later a new department of the British government led by an old naval officer called Robert FitzRoy would begin an ‘experimental’ process to forecast expected weather. It would be one of the most notorious and daring experiments in Victorian science. To some FitzRoy was a pioneer, to others he was a megalomaniac engaged on a delirious scientific trip.

This talk tells the story of FitzRoy’s experiment and the nineteenth century’s meteorological enlightenment. It was the age of Luke Howard, the first to classify the clouds, Francis Beaufort who quantified the winds, James Glaisher, who explored the upper atmosphere in a hot-air balloon, Samuel Morse whose electric telegraph gave scientists the means by which to transmit weather warnings, and FitzRoy himself, the master sailor who had once captained Charles Darwin on HMS Beagle.

Peter Moore is a writer, freelance journalist and lecturer. He teaches creative non-fiction at City University and lives in London. His first book, Damn His Blood, an acclaimed history of a rural murder in 1806, was published in 2012. In March 2014 he was Writer in Residence at Gladstone’s Library.

All Aboard the Cloud Lab: Crossing America in an airship 16 June 2015