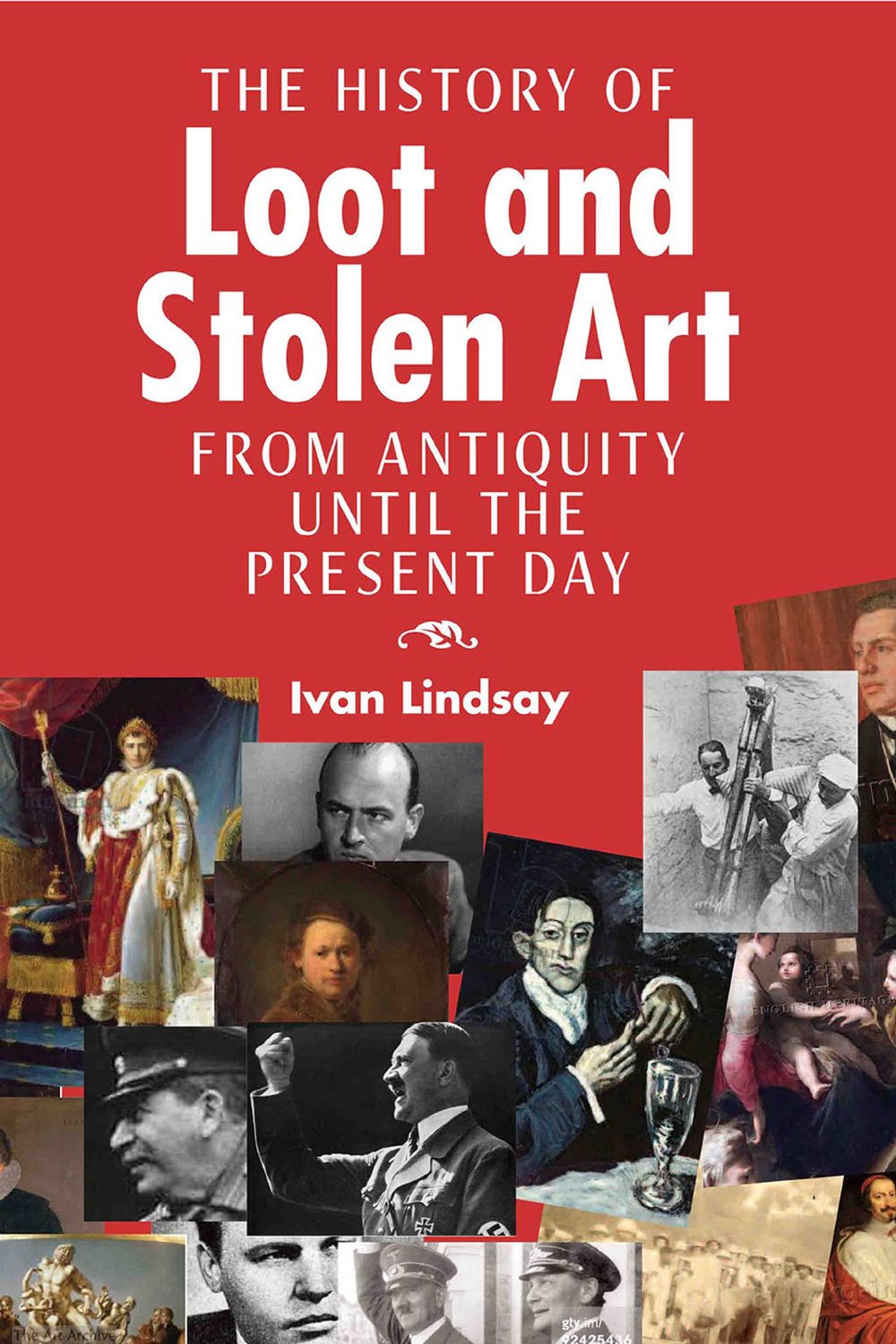 Whereas Alexander the Great campaigned out of necessity to avoid Macedonian bankruptcy, removing 1,500 tons of gold alone from the Treasuries of the Persian Empire at Susa and Sardis, the Vikings looted after discovering undefended English monasteries full of gold and silver.

Cesare Borgia looted because it humiliated his enemies, emptying the Ducal Palace at Urbino and giving the statue collection to Isabella D’Este as a gift for her palace at Mantua. Francis Drake operated under orders from his queen, Elizabeth I, seizing gold (that itself had been stolen from South America) from the Spanish galleys.

Queen Christina of Sweden was insecure about Stockholm’s provincial reputation and stole Rudolf II’s unparalleled collection from Prague Castle to enhance it. Napoleon cleared out all his conquered territories of treasure, removing diamonds for Josephine and the Vatican’s treasures for the Louvre. Hitler, a frustrated painter, wanted to create a museum to outshine the Louvre in his home town of Linz, whereas Stalin removed much of Germany’s art collection as revenge for the 25 million Russians killed in WWII.

And art theft continues apace today. Interpol now has over 40,000 artworks listed as stolen on its database. Select the top fifty artworks from this list and you find masterpieces by Rembrandt, Rubens, Caravaggio, Vermeer, Picasso and Van Gogh. This group has been called ‘The Museum of the Missing’ and invites speculation as to where these paintings might be. An example is Cézanne’s Auvers sur Oise, which was removed from the Ashmolean Museum in Oxford at midnight on Millennium night (New Year’s Eve in year 1999), when the thief knew the security staff would all be distracted. The thief came through a window in the roof and lowered himself on a rope. In a room full of masterpieces, he ignored everything and just took the one picture. There was no ransom request, no leads, and the picture has never been seen or heard of again.

Looting has often been a little-examined motivation for some of the major conflicts throughout history. In his talk, Ivan Lindsay starts in Antiquity and examines how the Romans pioneered the idea of ‘to the victor the spoils’. Roman historians such as Pliny are quite clear that all valuables were to be removed from conquered territories to help pay for the army, be paraded through Rome by the Roman general and to humiliate the vanquished. This became a template for looting behaviour that was to last some 2,000 years until the Congress of Rome in 1815, when the victorious allies decided to try to return artworks stolen by Napoleon.

Lindsay examines ideas on restitution that gained ground in the 19th century but were ignored by both the German and the Russians in the great conflicts of the 20th century. The Safehaven project, set up by the US government in 1945, estimated that Hitler stole around 20% of the art in Europe as he systematically had specially trained art-removal squads following his troops across the Nazi-conquered territories as far afield as Ukraine, Romania, Poland and North Africa. All the Nazi elite collected art, and Goering had over 1,500 paintings in his country house Karinhall. When Stalin started receiving reports of the Red Army finding the secret depositories of Nazi art, he gave direct orders for it all to be removed to Russia. Despite some of these estimated 3,000,000 artworks being returned to territory under Russian control in the 1950s (such as Dresden in East Germany), it is estimated that over 1,500,000 stolen artworks from WWII remain in Russia, a subject that has hung over Russo-German relations ever since.

Stolen art fills most of the world’s great museums. Berlin, for example, houses the bust of Nefertiti, the Pergamon marbles and Ishtar gate of Babylon. The British Museum is probably the largest depository of looted art in the world and has to fend off frequent requests from disgruntled former nations seeking the return of artworks. Greece seeks the return of the Elgin marbles with consistent diplomatic requests, maintaining that Lord Elgin’s deal with the Turkish overlords of Athens was illegal in the first place. Some artworks have been stolen several times. The famous Horses of St Marks have been looted three times in their 2,000-year history. The Triumphal Quadriga or Horses of St Marks is a set of four bronze horses. They are believed to be by the 4th-century Greek sculptor Lysippus. Their origins are uncertain but the proportions indicate they are Greek, and some believe they were originally on the island of Chios before they were taken by the Emperor Constantine for his new capital of Constantinople at Byzantium. Constantine installed them in his huge sports arena, the Hippodrome, where they remained until 1204, when they were looted by Venetian forces as part of the sack of Constantinople in the Fourth Crusade. Shortly after the Crusade, Doge Enrico Dandolo sent the horses to Venice, where they were installed on the terrace of the façade of St. Mark’s Basilica in 1254 and admired by Petrarch. In 1797, after he had conquered Venice, Napoleon had the horses forcibly removed from the Basilica and carried off to Paris, where they were installed on the Arc de Triomphe, after they had been paraded through the streets of Paris in a victory parade based on the Roman model.

In 1815, after restitution decrees passed at the Congress of Vienna, the horses were returned to Venice by Captain Dumaresq. He had fought at the Battle of Waterloo and was with the allied forces in Paris where he was selected by the Emperor of Austria to take the horses down from the Arc de Triomphe and return them to their original position at St. Mark’s Basilica. For the skilful manner in which he performed this difficult piece of engineering work, the Emperor gave him a gold snuff box with his initials in diamonds on the lid. The horses remained in place over St Mark’s until the early 1980s, when the ongoing damage from growing air pollution forced their replacement with exact replicas. Since then, the originals have been on display just inside the Basilica.

Ivan Lindsay is an art dealer specialising in European and Russian art.  He was educated at Eton College and the Royal Military Academy at Sandhurst.  After four years in the British Army in South-East Asia he worked in the City of London before becoming an art dealer.  He writes and lectures on art and, until 2014, was the art writer and a contributing editor at Spears WMS magazine.  His study of looting through the ages, The History of Loot and Stolen Art was published by the Unicorn Press in 2014.