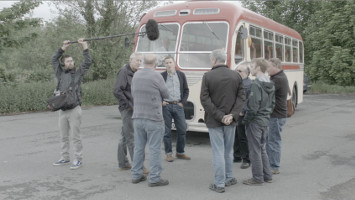 Simon Pope’s recent artwork has focused on walking as a model for processes of dialogue and negotiation. Often this has involved walking and talking with others, such as in the film Memory Marathon (2010) originally commissioned by Film and Video Umbrella, recently screened at the Whitechapel Gallery, London and A Common Third (2010) exhibited at Danielle Arnaud, London. This work has also explored how objects appear within dialogue, such as in Carved From Memory (2009) at Spacex in Exeter and The Outlier at the Rotunda, Scarborough. These ideas form the basis of Pope’s doctoral study at the Ruskin School of Fine Art, University of Oxford, which focuses on exploring assemblages of human and nonhuman things through dialogic art practice. Pope represented Wales at their inaugural exhibition at the Venice Biennale in 2003 and has exhibited at numerous venues nationally and internationally. Simon will provide a catalyst to discuss how we develop York Curiouser 2016. This is an opportunity for the audience to participate in York Curiouser’s research and development.

Artist Simon Pope’s recent work, such as A Song, A Dance And A New Stannary Parliament (2014), Primary Agents of A Social World (2014) and The Outlier (2014) is preoccupied with participatory art's engagement with nonhuman things and the formation of more-than-human communities or publics. These concepts form the basis of Pope’s current doctoral study at the Ruskin School of Art, University of Oxford. Formerly a member of the Net.Art group I/O/D, Pope represented Wales at the Venice Biennale in 2003.