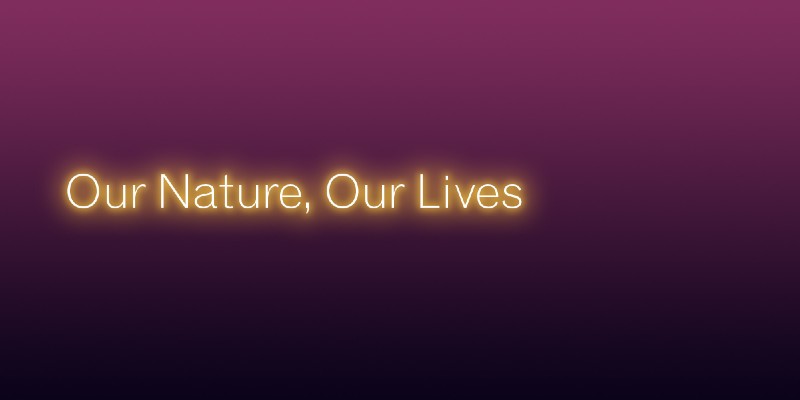 Humanity’s devastating impact on the earth has led to what experts call a ‘sixth extinction’. While alarming reports about the state of our planet are published every day, grassroots movements increase worldwide, urging governments to take action.

How do individuals find ways to live and act politically within their communities in this time of environmental crisis?

Fehinti Balogun describes himself as a British Nigerian born in Greenwich who had never been involved in the environmental crisis until he learnt what it meant for himself and his family. Since then, he has been attempting to raise awareness about the climate crisis from the perspective of communities of colour, working with Extinction Rebellion to put pressure on law makers to make important changes in the face of climate change.

Imogen Davis is the co-founder of Native, a modern British restaurant focused on sustainability and provenance. Having grown up in rural Northamptonshire, Imogen has always had an affinity with nature. As a born hunter-gatherer, she mastered the arts of foraging, plucking and skinning with ease, from an early age. Imogen’s incredible palate for Britain’s wild food has been widely recognised, notably having been named as one of Grace Dent’s ’10 People to Watch in the Food Industry’.

Joe Smith is Director of the Royal Geographical Society (with IBG), where he leads the UK’s learned society and professional body for geography. Prior to this he was Professor of Environment and Society and head of geography at the Open University. His academic work has focused on environmental communication, history, policy and politics. He has worked extensively with broadcast media, advising on both specific programmes and broad strategy in relation to the presentation of environmental issues to mass audiences. He is also the Director of Smith of Derby Ltd., a 160-year-old public clock making company.

Yinka Shonibare CBE moved to Lagos, Nigeria at the age of three. He returned to the UK to study Fine Art at Byam Shaw School of Art, London and Goldsmiths College, where he received his Masters in Fine Art. His interdisciplinary practice explores colonialism and post-colonialism within the context of globalisation. In 2004, he was nominated for the Turner Prize and in 2013, he was elected as a Royal Academician. His installation The British Library was recently acquired by Tate and is currently on display at Tate Modern, London until 2020.

Sonia Delesalle-Stolper began her career at Agence France Presse (AFP), the international news agency, in the Paris headquarters. In January 1996, she joined the AFP bureau in London as a foreign correspondent. During that time, she covered the three general elections won by Tony Blair, the Northern Irish Peace Process and much more. From 2002, she went on to work freelance for several publications, radio and TV, including Le Figaro, and Politique Internationale. For the last ten years, Sonia has been the UK and Ireland correspondent for Liberation. She has co-authored Londres Out of The Box, published in 2017 by Les Arènes.