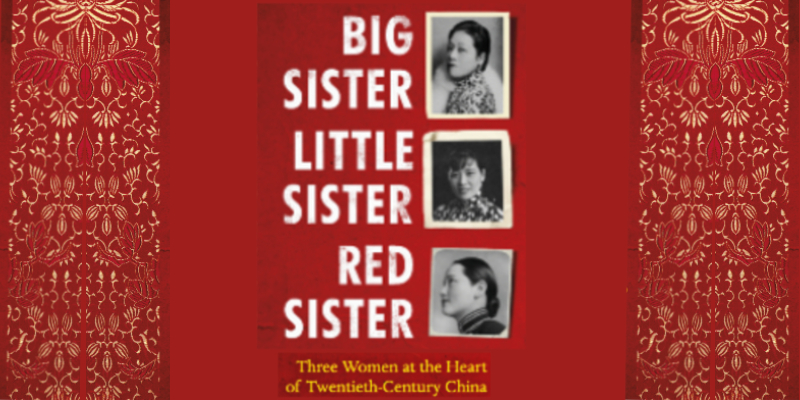 They were the most famous sisters in China. As the country battled through a hundred years of wars, revolutions and seismic transformations, the three Soong sisters from Shanghai were at the centre of power, and each of them left an indelible mark on history.

Red Sister, Ching-ling, married the ‘Father of China’, Sun Yat-sen, and rose to be Mao’s vice-chair.

Big Sister, Ei-ling, became Chiang’s unofficial main adviser – and made herself one of China’s richest women.

All three sisters enjoyed tremendous privilege and glory, but also endured constant mortal danger. They showed great courage and experienced passionate love, as well as despair and heartbreak. They remained close emotionally, even when they embraced opposing political camps and Ching-ling dedicated herself to destroying her two sisters’ worlds.

Jung Chang is the best-selling author of Wild Swans (1991, which the Asian Wall Street Journal called the most read book about China), and Mao: The Unknown Story (2005, with Jon Halliday), which was described by Time Magazine as ‘an atom bomb of a book’. Her books have been translated into more than 40 languages and more than 15 million copies have been outside mainland China where they are both banned. She was born in China in 1952, and came to Britain in 1978. She obtained a PhD in Linguistics in 1982 at the University of York - the first person from Communist China to receive a doctorate from a British university.