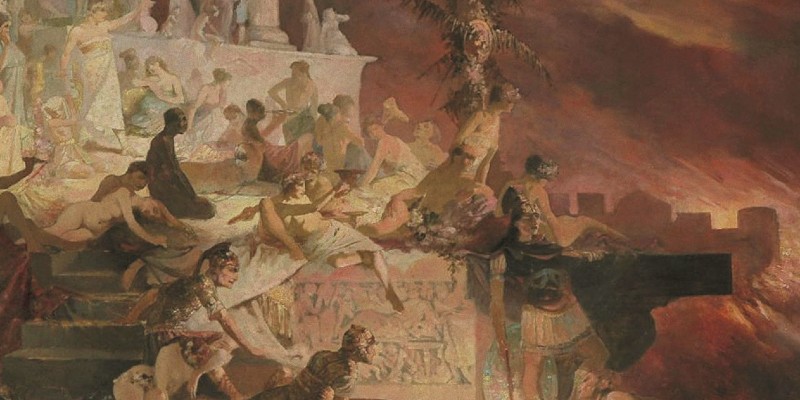 According to legend, the Roman emperor Nero set fire to his majestic imperial capital on the night of July 19, AD 64 and fiddled while the city burned. It’s a story that has been told for more than two millennia - and it’s likely that almost none of it is true.

Distinguished Roman historian Anthony Barrett, author of Rome Is Burning, will set the record straight, providing a comprehensive and authoritative account of the Great Fire of Rome, its immediate aftermath, and its damaging long-term consequences for the Roman world. Drawing on remarkable new archaeological discoveries and sifting through all the literary evidence, he will reveal what is known about what actually happened - and will argue that the disaster was a turning point in Roman history, one that ultimately led to the fall of Nero and the end of the dynasty that began with Julius Caesar.

This is a YouTube Premiere event. You’ll be sent a link to the screening a couple of days before it takes place, as well as a reminder an hour before.

Anthony A. Barrett is Distinguished University Professor Emeritus at the University of British Columbia and Visiting Professor at the University of Heidelberg. His many books include Caligula: The Abuse of Power and Livia: First Lady of Imperial Rome. He is also the co-editor of The Emperor Nero: A Guide to the Ancient Sources (Princeton).