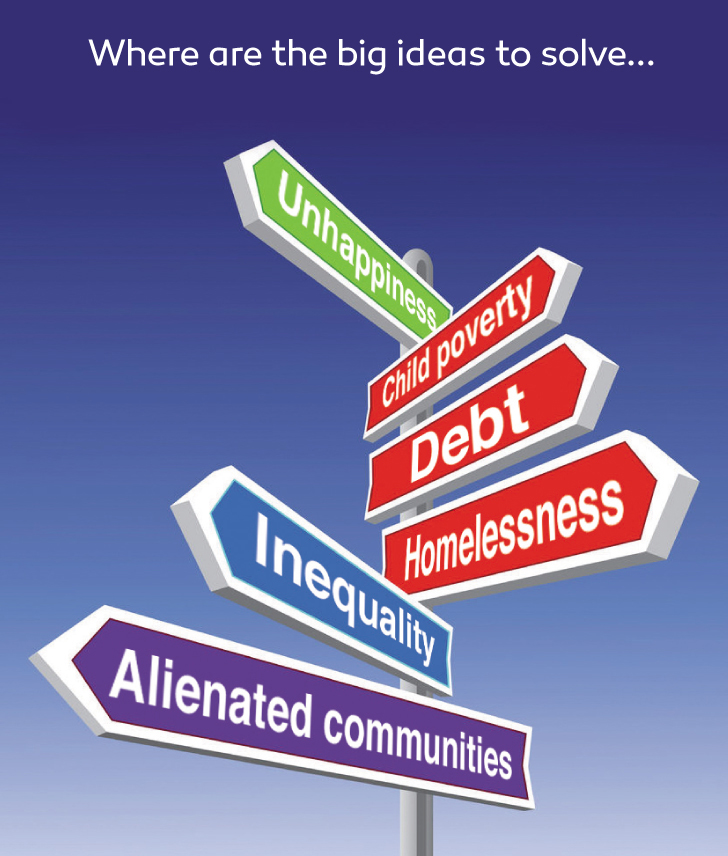 What are the big ideas for solving homelessness?

The session is chaired by Claire Ainsley of the Joseph Rowntree Foundation.

Victor Adebowale is the CEO of Turning Point, a social enterprise providing health and social care interventions to approximately 77,000 people on an annual basis. Victor sits as a Non-Executive Director on the boards of NHS England, the Co-Operative Group, Collaborate CIC, IOCOM and Leadership In Mind.. He is also the Chair of Social Enterprise UK. Victor has chaired a number of commission reports into; policing, employment, mental health, housing and fairness for The London Fairness Commission, the Met Police  and for central and local government. He was awarded CBE for services to the unemployed and homeless people, and became a crossbench peer in 2001.

Victor is a visiting Professor and Chancellor at the University of Lincoln; an honorary member of the Institute of Psychiatry; President of The International Association of Philosophy and Psychiatry; and a  Governor at The London School of Economics. Victor has an MA in Advanced Organisational Consulting from Tavistock Institute and City University.

Sara Davies is a Research Fellow at the Personal Finance Research Centre at the University of Bristol.  The centre specialises in social research across all areas of personal finance, including financial exclusion, over indebtedness and vulnerability, mainly from the consumer’s perspective. Her recent work has focussed on the Poverty Premium; Firstly, in calculating the current poverty premium to reflect markets and household behaviour as they exist today, and secondly, in constructively examining the problems in each sector and considering how market forces, policy and regulation could work more effectively to support households in poverty.

Dr Julie Rugg is a Senior Research Fellow at the Centre for Housing Policy. Her areas of special expertise include the private rented sector, local housing allowance and housing biographies. Julie has for some years been involved in policy development around use of the private rented sector to meet housing need. Over the last few years she has completed a longitudinal qualitative project assessing the impact of welfare changes on g15 tenants in London, and has published research on the cost of temporary accommodation to London local authorities. Funded by the Nationwide Foundation and together with colleague David Rhodes, Julie is completing a broad ranging overview of the operation of the private rented sector. The final report will be launched in September 2018.

Sam Thomas recently joined the Health Foundation, an independent charity committed to bringing about better health and healthcare for people across the UK, as Programme Manager. Until April 2018 he was Policy Manager for the Making Every Adult Matter coalition, formed of the national charities Clinks, Homeless Link and Mind. He led a programme of work to improve policy affecting people facing multiple disadvantages including homelessness, mental ill health, drug and alcohol misuse and contact with the criminal justice system. Sam has also worked at DrugScope, the RSA and the University of Leeds, and is a graduate of the University of York.